We will be performing “When Once There Was” at the Particle + Wave Media Art Festival at EMMEDIA in Calgary, January 31-Feb 2, 2019.

To find out more about the festival and other artists involved, please visit: http://emmedia.ca/2018/12/particlewave2019/

With the approval of the SiteC Dam by the new(ish) British Columbia NDP Party*, I decided to take an aside on the When Once There Was project that I am working on to release a nine minute single shot taken while on the Peace River this past summer. At the time that the shot was taken I was capturing footage that showed the motion of the boat floating down the river. With one camera, set up in the traditional horizontal position, I captured the simplistic beauty of the area that will eventually be flooded if the dam is built.

The experience of floating down this beautiful river could not have been had without the expertise of our boat guide Mark Meirs and his knowledge of the river’s behaviour.

Sound by Emma Hendrix. We will be completing the final project soon with the continuance of our usual styling.

Our (Emma Hendrix and I) A/V piece, vertigo digression number three will be screened as part of SPIRIT GUIDE TO LOW TECH, curated by Constantine Katsiris and Presented by Panospria at the Sounds Like Festival in Saskatoon.

I found out this winter that I received funding to do “When Once There Was” a performance video art project with Emma Hendrix who is doing sound composition. The piece is the first of series where we record disappearing visual and acoustic landscapes due to human “progress”. The finished piece is an A/V performance. (See also: Performance Video) 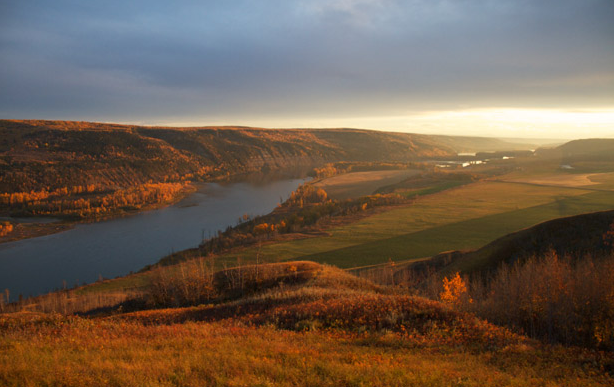 This funding will support work we will be doing in the Peace River Valley, B.C. this summer (2017). The Site C Dam is a project run by BC Hydro in this area. The dam will flood valuable Indigenous lands and cover over important and naturally fertile farm land. (Read more about Site C)

Tanya Goehring of Post Photography will be assisting and mentoring me on site.

The Canada Council for the Arts is moving to a new funding model and will no longer be using the different discipline titles (e.g. media arts) to distribute funds to artists. I am fortunate to have received this money at this time because their new granting system is experiencing technical difficulties and many artists are waiting to apply for new funds.

Above is a single channel video created from Both Sides, Now, an interactive a/v installation funded by the BC Arts Council. A project I have been struggling with that finally came together in November 2016.

The piece is about each individual’s struggle with inevitable change—the ongoing inertia—accompanied with the ongoing internal discomfort displayed through hopeless and awkward control mechanisms.

Both Sides, Now is meant to be installed in an enclosed rectangle room with each video projected on either far end. Kinectics and Processing are used to pick up the movement in the room, which in turn, play the video and sound. Multiple layers of sound allow the audience to use gesture to compose the piece.

The sound component is amazing thanks to Emma Hendrix and the interactivity is spot on thanks to Niel McLaren’s programming.

The title Both Sides, Now, is borrowed from Joni Mitchell’s song titled the same, written in 1967. http://jonimitchell.com

The prototype was completed at VIVO Media Arts Centre. Final exhibition is still to be determined.

What we did this summer…

A/V performance documentation (in part) from our residency in Iceland. All landscape video taken on the East/South Coast of Iceland.

Many thank yous to the following people/orgs that supported us:
– Skálar – Centre For Sound Art and Experimental Music (the residence)
– Bára Gallová (who helped us find our way around the Seyðisfjörður art scene)
– Graeme Scott (for his guitar samples)
– Heima Art Residency (for lending us their speakers)
– Michael Red, Vasho Pekar, Constantine Katsiris, Ian Ross, The Automatic Message (for allowing us to present their a/v artworks)
– Laura Lee Coles of IMAPON/LocoMotoArt (for lending us their mini projectors)
– Maria Jackman (for taking care of our garden)
– Elisa Ferrari (for getting us an amazing person to sublet to)
– Randy Gledhill (for getting us to and from the airport)
– Skaftfell Art Center (equipment rental)
– Ari (for being patient)
– The town of Seyðisfjörður (you are missed)

A great big thanks to Skálar for hosting us at their centre for our residency and giving us this space to do this performance/screening. 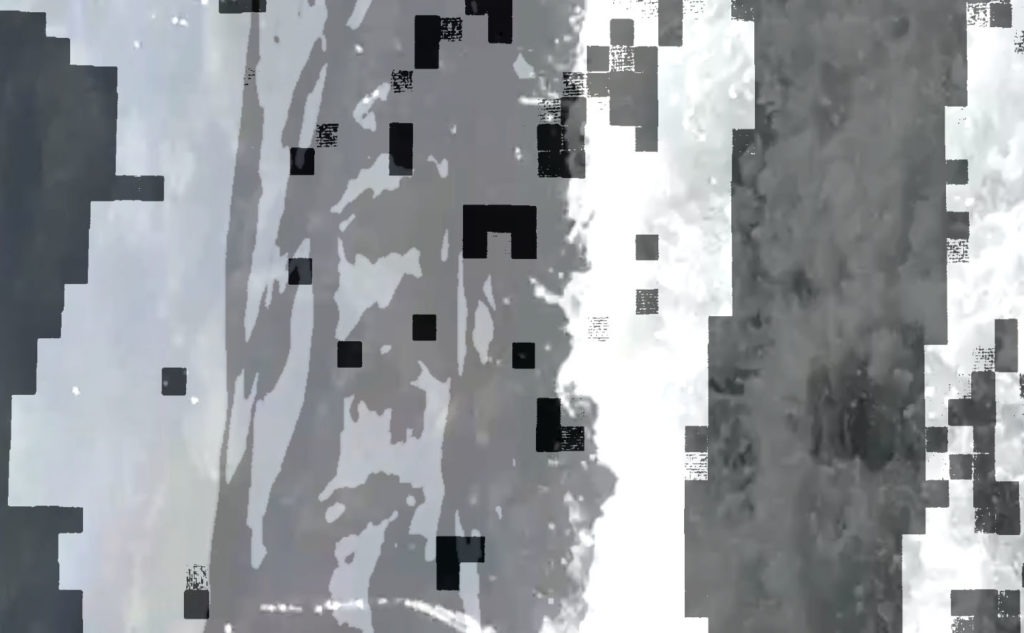 Emma Hendrix and Julie Gendron have been making interdisciplinary artwork together for more than ten years focusing on sound, video, and installation. The residency at Skálar, marks a return to a/v performance after nearly 10 years, following a recent appearance at Destroy Vancouver XVI earlier this year.

This performance will be the result of manipulated field recordings and video footage of east Iceland coupled with footage from Vancouver, Canada, and inspired by the soundscape and landscape of each. The video is a continuum of Julie’s exploration of vertical video. This will be the third expression of this exploration.

Julie is also a digital strategist and interactive designer. Emma composes music for theatre, dance, video, and other creative collaborations. He is a non-profit consultant and previously ran VIVO Media Arts Center (Vancouver) for 13 years.

An abstract documentary about an abandoned women’s correctional facility.

Eye of the Storm

Eye of the Storm is an integrated audio & video piece by Vancouver-based artists Constantine Katsiris and Ian Ross. Inspired by avant-garde cinema, this work is presented as a live performance in a theatre context in order to achieve the necessary visceral and synesthetic effects that can be experienced through surround sound coupled with large projections. Alternatively, it could also be shown in a hall or gallery space. The sound palette for this work incorporates elements of radio frequencies, raw data, and digital sound synthesis, while the video component consists of layered animations that are audio-reactive.

The debut of this work was in January 2015 at the Rio Theatre in Vancouver, as part of a programme of audio/visual presentations by local artists. Its second public presentation was at Salle Pierre-Mercure as part of the A/Visions series at MUTEK festival in Montreal. We have recorded a screening version for the showing at Skalar this August. Thanks to Julie Gendron & Emma Hendrix for including our work in this showcase.

Sound and Image by The Automatic Message (www.theautomaticmessage.com)

Vancouver-based Trevor Jacobson and Tanya Goehring are The Automatic Message. Since forming The Automatic Message in 2006, Trevor and Tanya have been producing dark, off-kilter techno and supporting it with their own visual interpretations, which, in line with their music, creates a tremendous sense of unease and tension. Blending these two art forms, The Automatic Message melds their auditory and visual works to create unique live performances. Since debuting live at the 2008 New Forms Festival in Vancouver, BC, they have performed across North America and Germany. They made their European debut at Berghain’s Klubnacht in July 2013 and were back again in July 2015. Both trips were made possible by the Canada Council for the Arts’ music travel grant program.

The Automatic Message produces music videos for other artists and for their own music. Their videos have been screened internationally and they were nominated for a Berlin Music Video Award in 2014. Additionally, The Automatic Message run their own annual music video festival in Vancouver – RENDER: The Vancouver International Music Video Festival.

The Automatic Message is very excited to be premiering their latest work, Parturition, at Skalar in Iceland this August. This film/music video explores the theme of loss and memory – the character struggles with a way in which he can hold on to his wife and her memory after she has passed by reenacting her daily rituals.

Emma Hendrix and I will be presenting another iteration of don’t, stop at the FISH FACTORY Creative Centre in Stöðvarfjörður, Iceland. 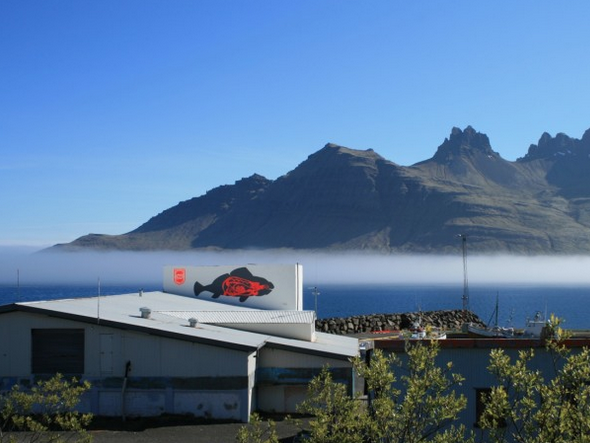 Emma Hendrix and I will be at a residency at Skálar in Seyðisfjörður in East Iceland between July 15th and August 15th, 2016. We will be working on a new a/v set and other musings. 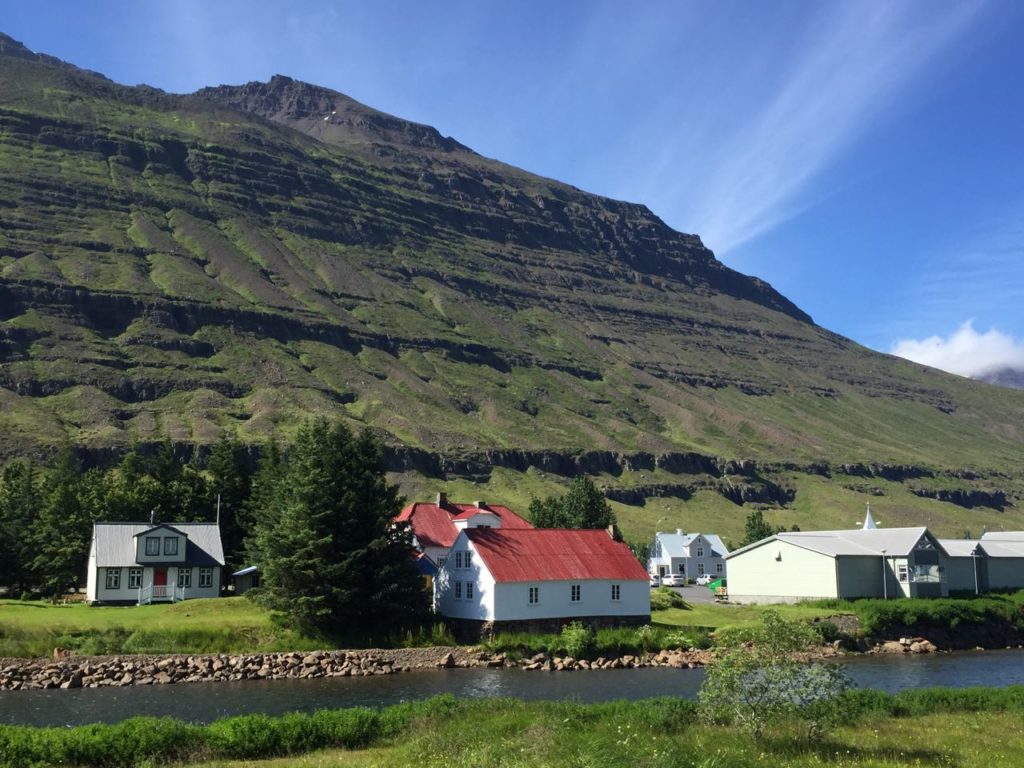