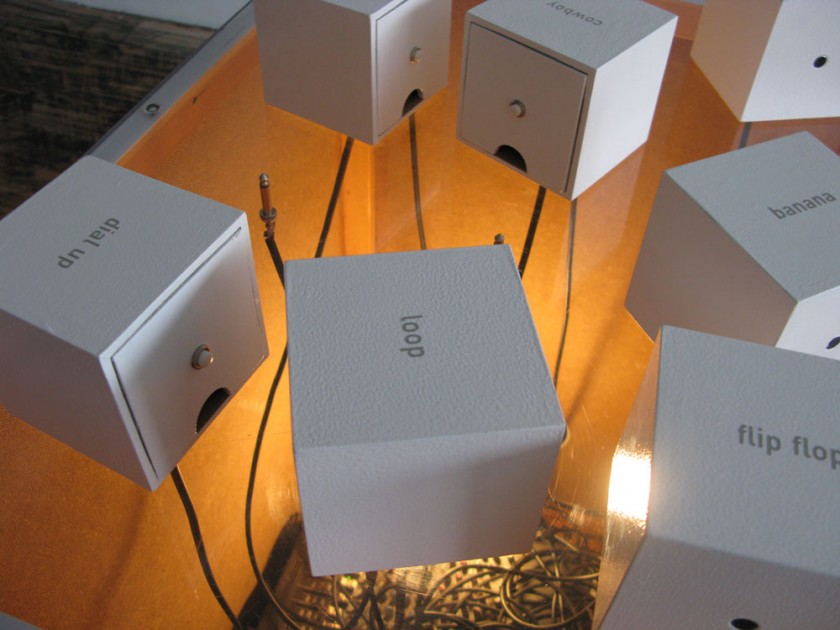 don’t, stop (2007) is an interactive and collaborative sound installation comprised of several small, hand-made, white boxes containing simple digital micro-controllers that can record up to 10 seconds of looping sound.

These hand-held boxes remain silent until someone records their voice on to one of them and then plugs it into the main sound system. When several of the boxes are plugged in it creates a voice symphony, beat box, drones or a cacophonous mess. Which one is dependent on the taste of those using it. 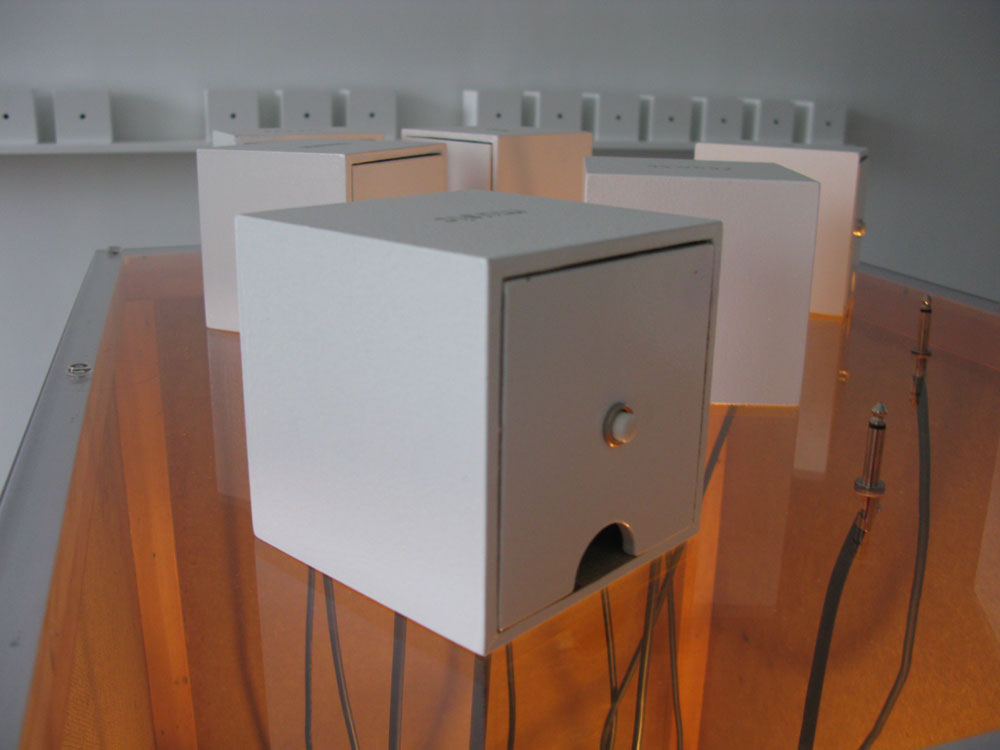 don’t, stop was originally exhibited at CSA Space in Vancouver, Canada in 2007; exhibited again several times, most notably in 2014 at Nuit Blanche in Winnipeg and 2011 at Fylkingen in Sweden; was a Jury Recommended Work at the 2008 Japan Media Arts Festival in Tokyo, and a Competition Finalist at the 2008 Canary Islands Media Arts Festival in Spain. 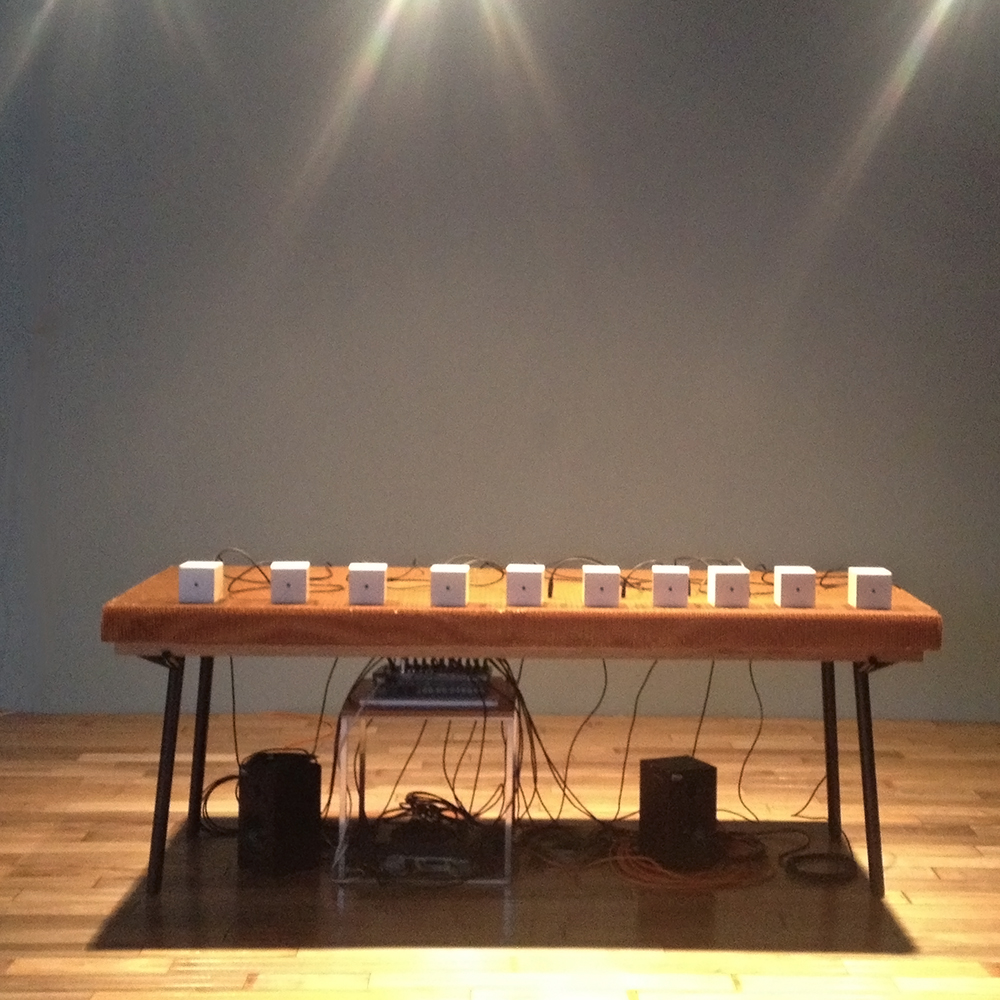 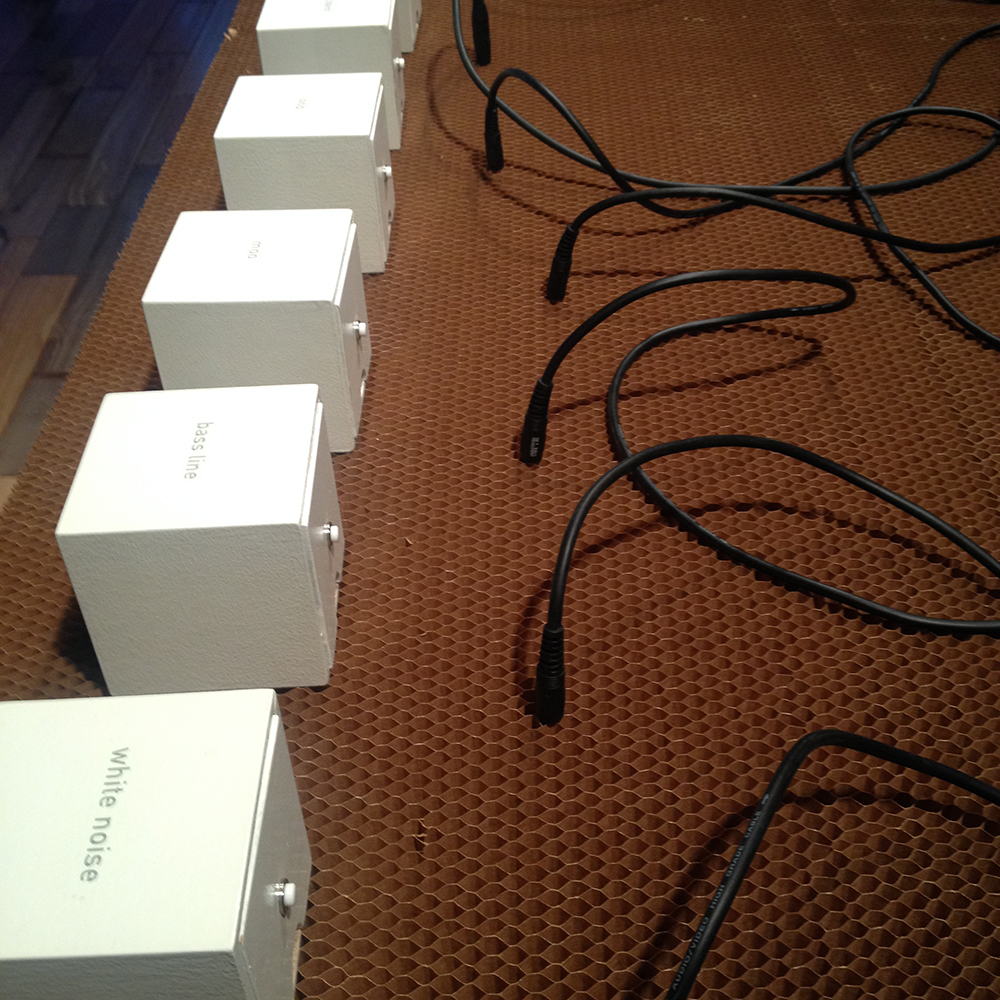 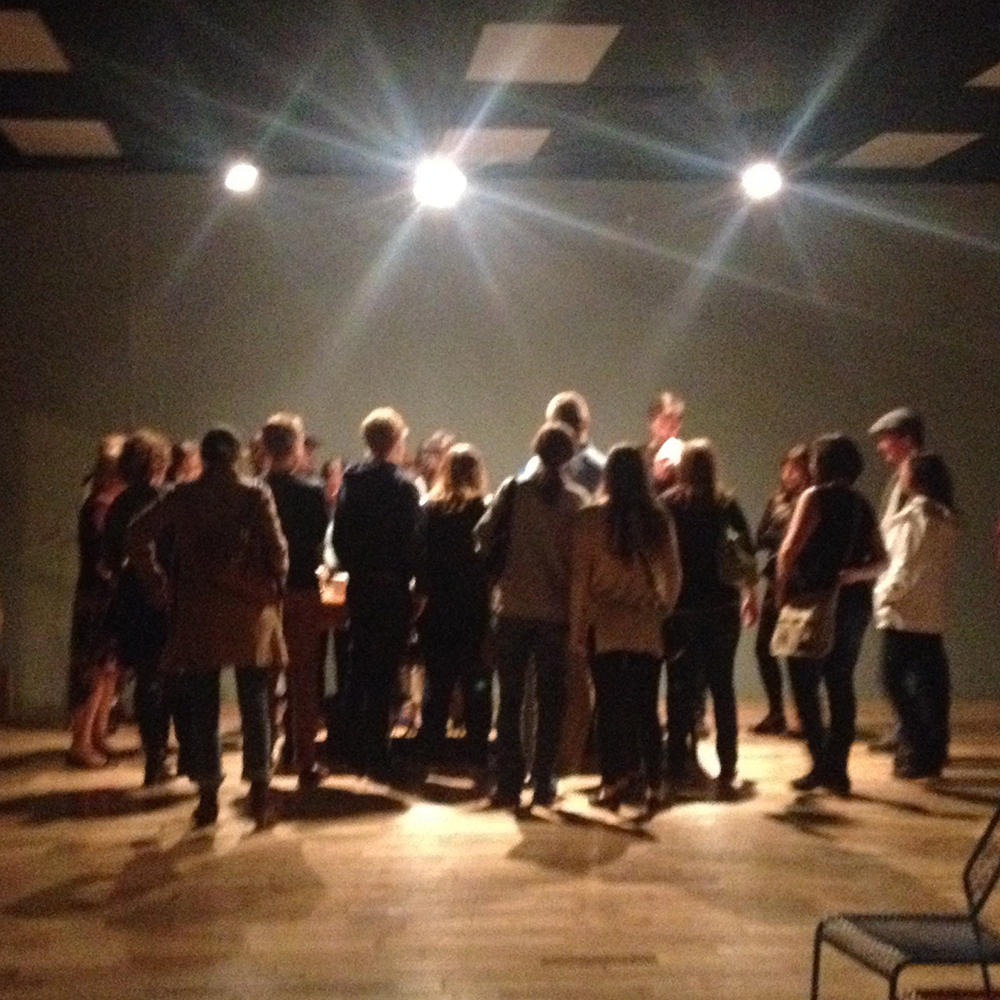 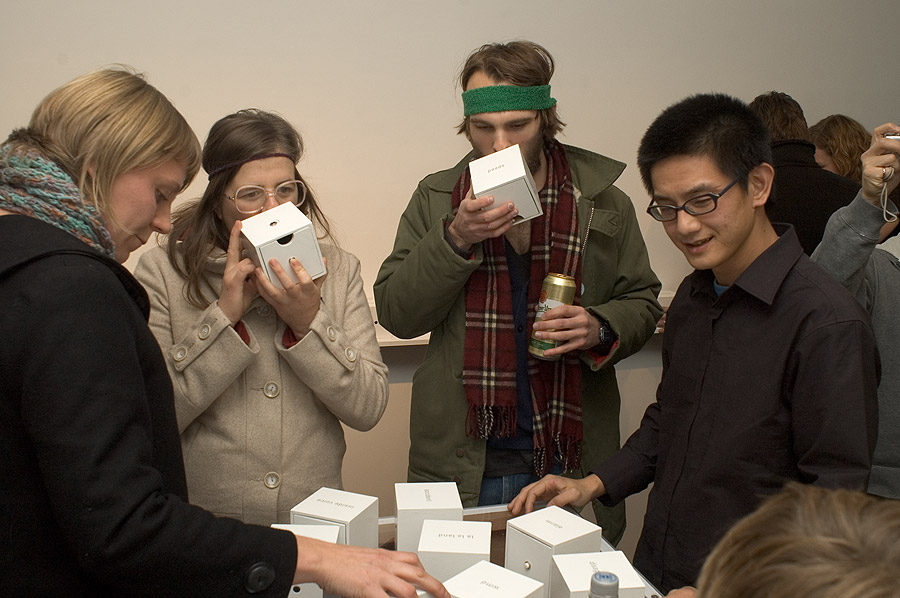 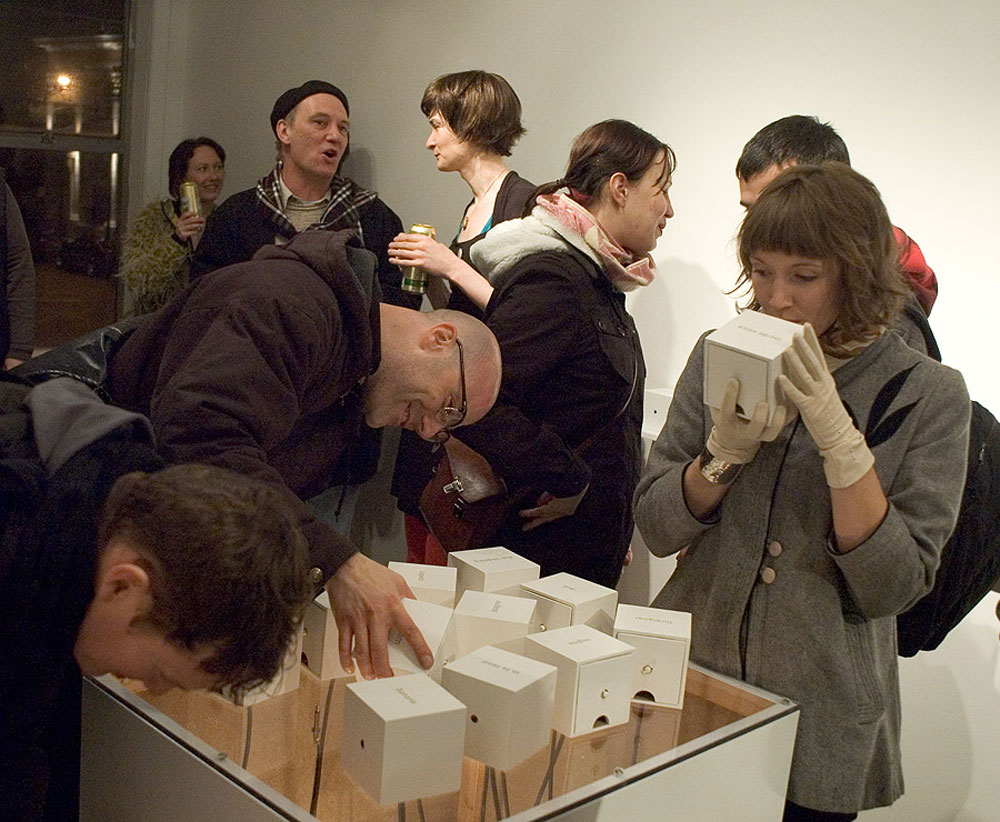